Wales is the only Home Nation not to have an arts festival dedicated to the theme of mental health.

Anxiety Arts Festival has successfully taken off in London and Scotland’s Mental Health Arts & Film Festival is now in its eighth year. The latter just published their 2014 festival report, where a record twenty thousand took part across the country.

Wales abundantly has a thriving arts scene. Events such as Cardiff Contemporary are a huge success. And various studies have shown that mental health and creativity have a symbiotic relationship.

So why the silence in Wales?

Rather than a lack of need there seems a lack of unifying voice.

This could be about to change, thanks in large part to Mark Smith.

Little over two years ago, Mark established Making Minds, a community organisation based in South Wales that seeks to promote the role of art and creativity in mental health.

I went along to find out more at their informal AGM late last month and had difficulty keeping up with all they have achieved over the past year. From involvement with the music festival Cardiff Mind FEST to open mic nights Giving Voices, the organisation is on a mission.

Run by a team of volunteers – many of whom have their own mental health issues to contend with, let alone day jobs – Making Minds is garnering a lot of attention.

A key relationship has been made with Disability Arts Cymru and Operational Director Sara Mackay says they were “not quite prepared” for the level of support and interest received, including from potential funders.

Last month – in conjunction with Representing North Merthyr – they held two open meetings to discuss initial plans. The latter of the two was held at Chapter Arts, Cardiff and brought together people and organisations in the arts sector, mental health sector, community development sector and others.

The overarching vision is to have a festival which not only celebrates the work created by artists who have experience of mental health issues, but to tackle the deeply embedded stigma of mental health in society.

At a time when the two separate sectors of mental health and arts are facing considerable cuts in public funding, I asked Mark why The Arts Council For Wales – an obvious pillar stone to key funding – could have their head turned by a mental health arts festival.

His answer was concise: “It would offer multiple benefits.”

It’s not exactly letting a cat out of the bag to say that mental health services are under increasing pressure in Wales. At worst they simply “cannot cope”.  The festival would play into this narrative whilst also being an artistic outlet.

Yet a possible festival “would not necessarily be about art therapy” Mark added.

The Role Of Contemporary Art

Earlier in the year, Julia Thomas co-founded ATTIC, a contemporary art project and gallery space. Located in the third floor of an unmarked building in Roath, the project was “dedicated to exploring personal, cultural and scientific understandings of the mind”.

It played into a lot of the key themes which the potential festival is aiming to highlight.

Over a series of Q&As, Julia made it clear why contemporary art could play a key part.

1: It helps us understand the relationship of ‘the biological, social and psychological.’

2: It relates to challenges people have today.

4: This means being more concerned with questions than answers.

5: There’s lots of ways to have this conversation – and contemporary art is just one of them.

Dr Ria Poole of DECIPHer agrees with Julia and says that getting everybody involved is key.

“Look at the Turner Prize – the relevance and meaning of art is so dependent upon the observer… so if the representation of art is as wide as it can be there is the best possible chance of reaching out to all people. To facilitate dialogue everyone should be given the opportunity to contribute – using a range of media to facilitate expression.”

Perhaps unsurprisingly, Mark is pulling together a relatively disparate group of people.

“The main challenge in achieving this is ensuring people and organisations see the value in the festival, from their own perspective at first to the point where they want to be involved”, he added.

There are other challenges too, namely in terms of geography. The north and south of Wales are very strong in terms of activity, with only pockets in between.

Should the festival start out regionally or aim to be national? In contemplating the arguable disconnect, Julia Thomas amusingly pointed out that the drive from north to south passes through England.

These are exactly the sort of logistical debates that are ongoing. A current idea is to artists from all over Wales be involved but in a smaller geographical location.

Significantly however, Making Mind’s told New Art Cardiff of their “positive” meeting earlier this week with the Arts Council For Wales.

@NewArtCardiff Hi. We met today. It was positive and constructive and we left knowing what to do to maintain progress in early 2015.

Cardiff artist Natalie Jones has been running art workshops in conjunction with Making Mind’s and The Living Room.

She got involved as preparation for her art psychotherapy studies next year and says “I didn’t really know what to expect from the workshops but have met some amazing people through them and hope they get ‘something’ from the sessions too.”

It seems a great analogy for the festival itself – it’s more about meeting people and conversation than knowing what to expect.

The goal is to raise the necessary funds and hold a Mental Health Arts Festival within the next two years. The hope is that it becomes a permanent fixture in the Welsh arts calendar.

Saw this in #abacus...watch out for upcoming feature on #mentalhealthart #mentalhealthartfestival in #Cardiff #cardiffart
Gallery Ten's winter exhibition begins next week!
Who is your favourite for @ArtesMundi? #CarlosBunga @Museum_Cardiff
Who's tuning in to Samuel Hasler this week? 5 - 6.11.14 12am - 2am, Radio Cardiff
If Cook's work looks anything like his sketches then I'm excited 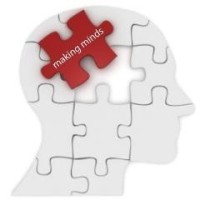 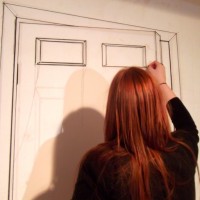 promoting the role of art and creativity in mental health

The Abacus
We Are Cardiff

A blog about Cardiff, its people, and the alternative arts and cultural scene!

The Art and Craft of Blogging

The latest news on WordPress.com and the WordPress community.